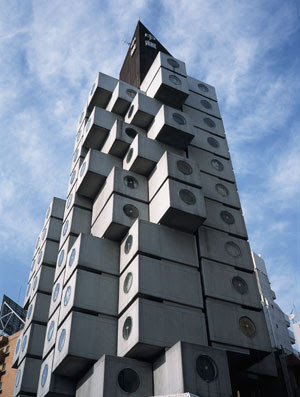 "Nakagin Capsule Tower" (Original architecture was created by Japanese architect Kisho Kurokawa in 1972) in Second Life is open to public now. This is a typical architectural work of the metabolism of Japan (Wikipedia). 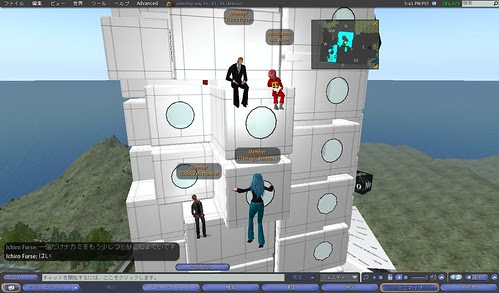 In this project, the scale of original construction is faithfully reproduced. Because it doesn't suit the size of avatar, it looks very small. It is also difficult to enter the entrance.

However, we gave priority to value as "Historic site" because the original had been decided to be demolished. Many architecture of the modernism will receive the life in the near future. 3D Internet such as Second Life might become a platform to preserve them.

Related:Photosynth of Nakagin Capsule Tower
Posted by HIdenori Watanave at 18:37