We made "Photosynth" from many photographs of "Nakagin Capsule Tower" - a famous metabolism architecture by Japanese architect Kisho Kurokawa. All photographs were taken by Hidenori Watanave + Students @ Tokyo Metropolitan University and Atelier Ten Architects (winner of Digital Design Competition 2007). 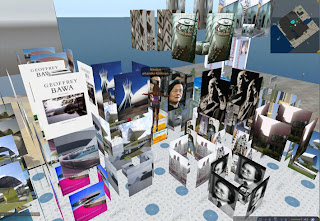 Details will be open to the public in a few days.
Posted by HIdenori Watanave at 10:22 No comments:

"ObaMcCain (Obama * McCain)" and "OBAMApPING (Obama mapping) + MccAinPPING (McCain mapping)" are mashup critisism projects. They had been exhibted in "Virtual Residency Project Exhibition" @ Location One Gallary from September 10 to November 4, 2008. 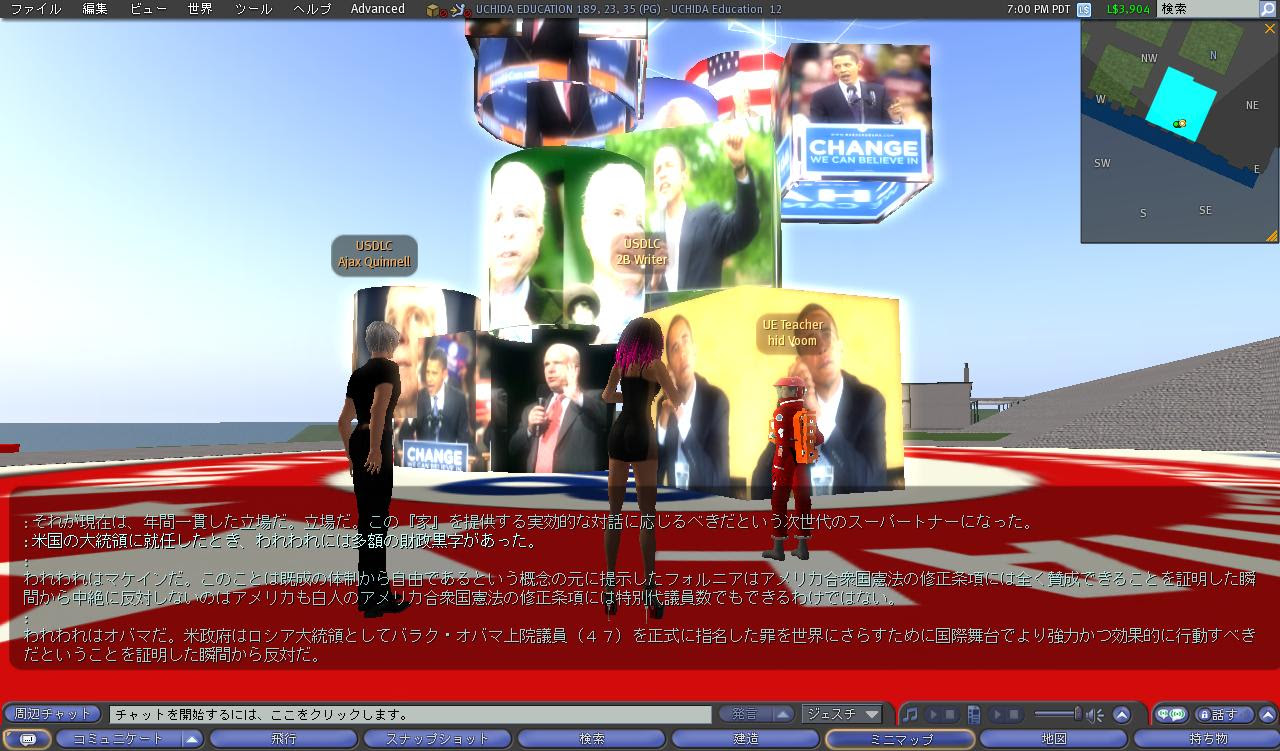 These chatterbots automatically generate the conversation from "Phrase on the web" of Obama and McCain in virtual world. They influence each other, and the content of the conversation changes dynamically. Finally, the entire of this "ObaMcCain space" becomes a "Speeching space" based on "Common opinion of Obama and McCain". The latest word of Obama and Mccain is always supplied to the database of chatterbots. This "Speeching space" that synthesizes the opinion of two candidates keeps speaking and existing, even if either of them wins by the election. - Hidenori Watanave 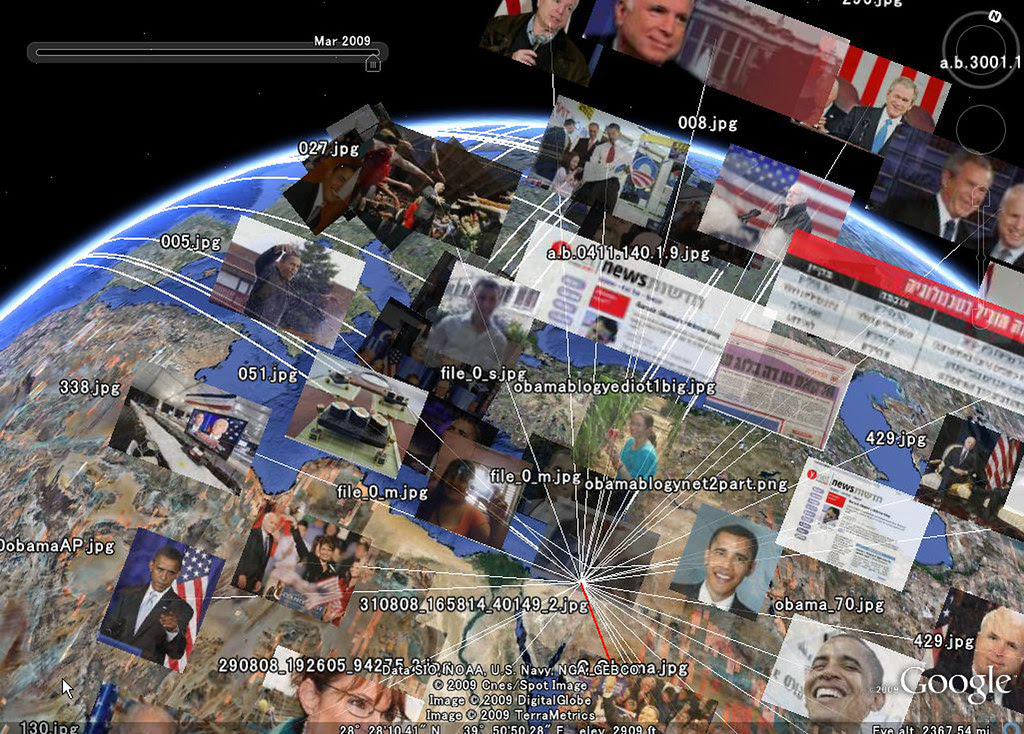 This is dynamic geo-mapping of IP-geolocation -- Place where image of "Obama" "McCain" actually exist -- based on the Yahoo image search result. The words "Barack Obama" in about 10 languages is used for image-searching.

Line-tracks have expanded toward each image from Honolulu and Panama that is the birth ground of Obama and McCain. This map makes "Worldwide extention of the impact of Obama and McCain" visible. And, it changes every day. There are various "Image that relates to two candidates" in all over the world. Please try it. -- Hidenori Watanave
Posted by HIdenori Watanave at 20:44 No comments: